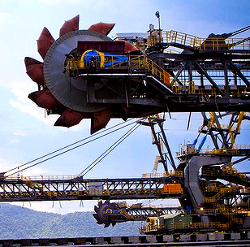 Environmentalists are celebrating a decision by building giant Lend Lease to pull out of the planned expansion of a Queensland coal port.

The state appears losing ground on the plan to increase the capacity of the Abbot Point coal port, which will involve the controversial dumping of dredge spoils at sea, if it does go ahead.

Lend Lease had been part of a joint bid in combination with Aurizon.

It is unclear what Aurizon intends to do without its bidding partner, but some reports have quoted a representative saying Aurizon would continue “a dialogue with the government regarding the Abbot Point Expansion project.”

Bloomberg media reports claim Lend Lease CEO Steve McCann said: “In any major project, we do go through a very rigorous process and we consider all the relevant aspects and we do a very rigorous due diligence and that includes environmental and other aspects.”

The company has given no formal reason for pulling out, leading many to speculate that the potential for risk to the environment, and subsequent bad publicity, could have been a motivator.

Lucy Manne, national co-director of the Australian Youth Climate Coalition says constant campaigning, including a petition that drew over 147,000 signatures against the plan, may have weighed on the decision.

“This is a huge victory for the Reef, for Australians and for the world community,” she said

“We want to commend Lend Lease for demonstrating its credentials as a leader in sustainability, and its commitment to sound environmental principles and good corporate citizenship.”

“Lend Lease is just the latest, with BHP and Rio Tinto also getting out recently.

“With the coal price dropping and China opting for renewable energy instead, coal ports and coal mines are becoming as toxic to investors as they are to the Reef itself,” she said.