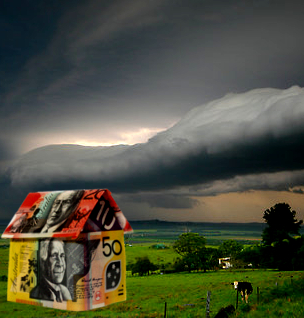 There has been plenty of bad press about Westpac’s sudden rate hike this week, but Morgan Stanley analysts say it could reach even further than most already fear.

Morgan Stanley calculates that investor loan rates have gone up by up to 120 basis points in just the last five months, while mortgage discounts crash.

This, they say, will put a "meaningful dent" into the already fragile housing sentiment.

“The 20 basis point hike adds to the 27 to 29bp in sector-wide repricing of investor loans in July (interest-only for NAB), as well as the less recognised approximately 70bp in front-book hikes through reduced discounts,” the bank's strategy team led by Daniel Blake and Chris Nicol said in a note.

Researchers at Digital Financial Analytics say the age of “very large investor discounts is passing”, and they have been ‘crashing’ by about 70 basis points since the start of the first quarter.

The ebb and flow has left non-Westpac property-investment customers paying 100bp more; a figure that is expected to rise if the other big banks follow Westpac's latest manoeuvre.

The analysts say that the timing of the out-of-cycle announcement (which impacts close to 12 per cent of the mortgage market, plus around $155 billion in balances) was poorly timed for the housing market due to two factors – the lack of cover from a Reserve Bank of Australia interest rate cut, and the fact that it comes ahead of two auction “super weekends”,

“We expect Westpac's repricing is likely to have a disproportionate impact on housing sentiment,” they said.

But despite putting investors under fire, Westpac says it didn’t really have a choice.

The rate rises are designed to comply with the Australian Prudential Regulatory Authority's cap on investor property loan growth of 10 per cent a year.

Morgan Stanley says the numbers add weight to its argument that Australia's housing boom has peaked.

But they were “surprised” to see so much investor backlash over their claim.

Morgan Stanley's view adds to the growing number of investment banks giving warnings over risks in the housing sector, such as Macquarie Group, Credit Suisse and Bank of America Merrill Lynch.