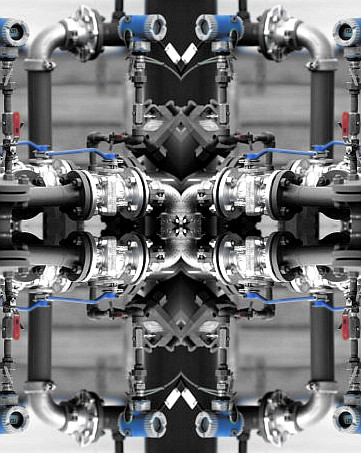 Santos is responding to over 10,000 submissions on its Environmental Impact Statement (EIS) for the planned Narrabri Gas Project.

But the company says it is confident that the project will go ahead.

“I have a degree of confidence,” Santos vice-president Bruce Clement told the ABC.

“Clearly I would say that people who object have a degree of confidence that they will succeed too. But we're happy to work with the process, work with the Government.”

The company believes some of the important players - farmers within the proposed extraction area – are mostly in favour of the plans.

One of the main environmental concerns regarding coal seam gas extraction is the risk it poses to aquifers and other sources of water.

“We've developed a hydrological model that has been reviewed and basically the CSIRO has come out and said that it's state of the art modelling, and we've used that for analysing the impacts if any on the hydrology in the basin and what it confirms is that we have minimal, if any, impact on the great artesian basin,” Mr Clement said.

“The process is a good process and if they [the Department of Planning] come back with additional issues or matters that are of a scientific or operational nature then I'm sure that we will address them and address them properly.

“To my mind that's a good practice or process because it will improve our project.”

But farmers and irrigators in Queensland want independent oversight, science, and a strong compliance framework.

Farm lobby AgForce wants support for landholders to negotiate with miners, and the option to negotiate business to business.

AgForce’s submission on Narrabri includes a study showing there would be damage to nearby water resources.

The study found the level of some bores would drop by up to 50 metres, but Mr Phipps said “make good” should see farmers compensated.

“That may include deepening the bore, or drilling another bore into another aquifer to provide the same water supply or surface water or providing financial compensation,” he said.